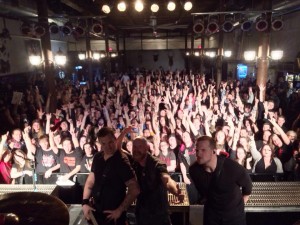 After taking in 5 metal bands in one night, my ears were still ringing well into the next day. My head was throbbing. And my throat was a little soar from singing (or screaming) along. I haven’t been to a concert that loud in a long time. And for me, loud can be used interchangeably with the volume and style of music.

I’ve been a fan of Red since “End of Silence” came out in 2006. I was immediately hooked on songs like “Breathe Into Me” and “Let Go” mostly because they were so raw and honest. I’ve always loved bands that can mix singing and screaming together (Linkin Park being one of my favorites) and Michael Barnes doesn’t disappoint as lead vocalist of Red.

I think I hold a special place in my heart for Red as well since they are led by twin brothers, guitarist Anthony and bassist Randy Armstrong. What’s so special about that? Well, you see I have twin sons (age 11) who are taking electric guitar and bass lessons. Give them another 8 – 10 years and I could see them touring with Red. 😉

I’ve seen Red play a few times, but it’s been a couple of years since I last saw them so I jumped on the chance when I heard they were playing at Wooly’s here in Des Moines, Iowa. The icing on the cake was that my friend’s band, As Clouds Break, were the first band to open up. And they deserve a special tip of the hat because their lead singer, Tiffany Arber, rocked out the vocals 8 months pregnant. I can’t say that I’ve seen that too many times.

Whether you call it screamo, death metal or heavy metal, it’s really not my cup of tea. I definitely appreciate the artistry and craft to make this style of music, but subjectively it’s not something that I love. With that said, I enjoyed Mistaken for Halos, a hard rock/metal band from Waterloo, Iowa. Two things I especially enjoyed about Mistaken for Halos: 1) How effortlessly Michael Hansen played the electric guitar and 2) How Jeffry Wolf beat the tar out of his drums.

When you think of Omaha bands, the first that comes to mind for me is 311. After this concert, my second place is going to be Emphatic. I thoroughly enjoyed watching this high-energy band mostly because they were so tight. It helps to have former Fuel vocalist, Toryn Green as the frontman of this band as well as the very talented and entertaining (and the primary songwriter) Justin McCain on lead guitarist.

Next came Gemini Syndrome who were definitely entertaining to watch and listen to but to be honest with you, their volume was turned up painfully too loud. I enjoyed listening through “Lux” a few times prior to the show, but it was crazy loud. I was mesmerized by Brian Steele Medina who is simply an amazing drummer. He’s just super engaging and fun to watch…simple as that. See for yourself. I also would be very curious to sit down over coffee and hear Alessandro Paveri’s life story – the bass player of Gemini Syndrome.

Lastly, Red took the stage and rocked Wooly’s for almost an hour and a half. I was blown away by how much Michael Barnes jumps around the stage while keeping perfect pitch and belting out those high notes and screams. Amazing. While I was bummed that Joe Rickard is no longer drumming for Red, Dango, drummer for Amber Pacific, didn’t miss a beat (excuse the pun). And while the pyrotechnics were thankfully absent from this smaller venue, the Armstrong twin brothers lit up the venue on bass, electric guitar and backing vocals. 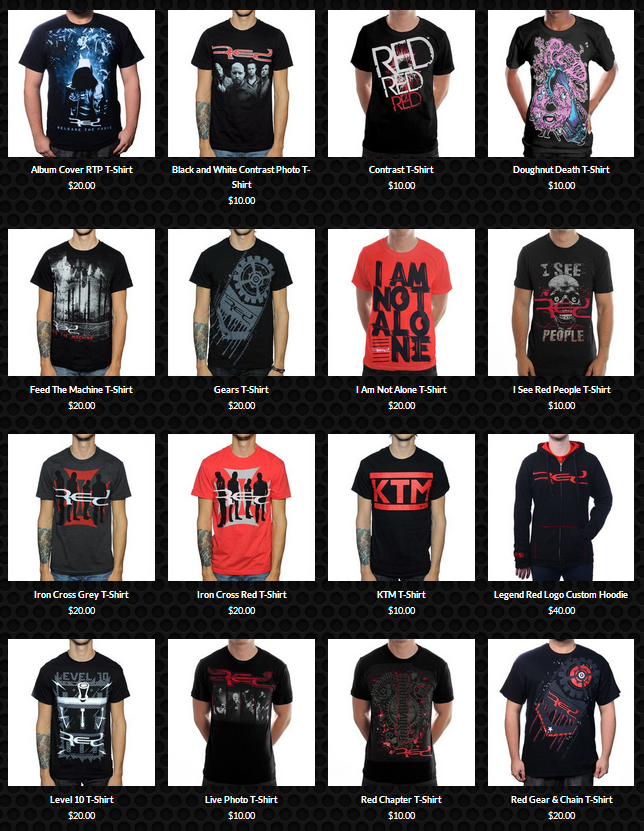 Oh, and if you’ve never seen Red in concert, feel free to watch this entire concert filmed in Germany back in 2011.