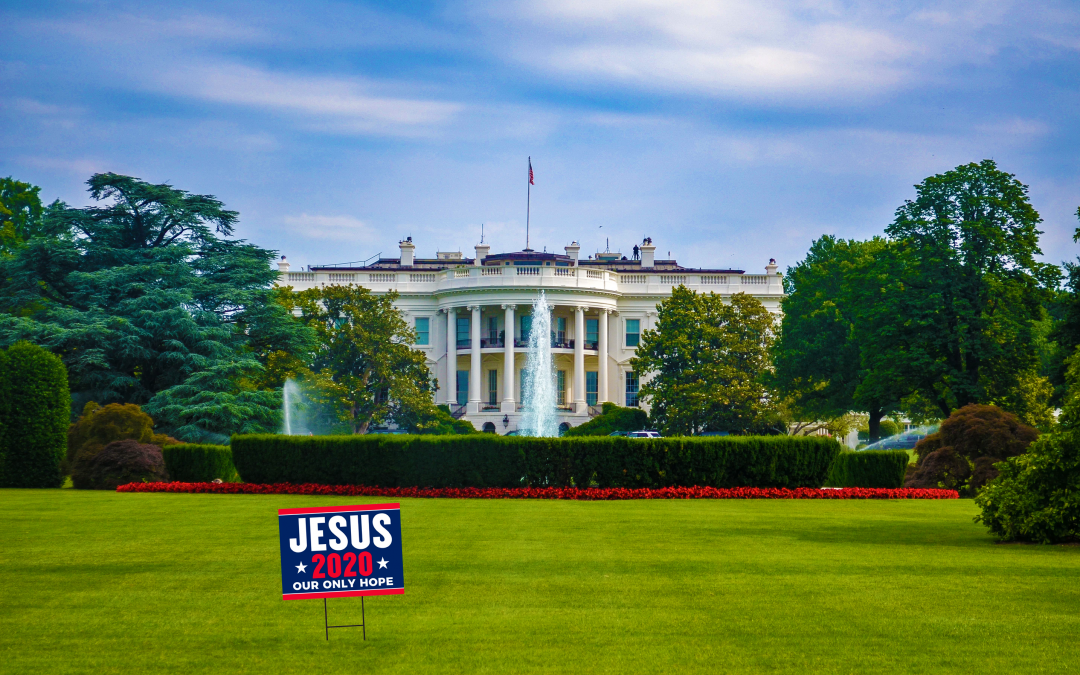 The other day I ran across this post on Instagram by @pastorhumor who posts funny Christian memes and pastor humor.

“Oh man,” I thought to myself. “I had no idea he was running. He’d win in a landslide.” Or would He?

Being my typical witty self, I replied, “Who’s His VP?” While this was a humorous Christian-based Instagram account, I learned that his followers took comments literally.

Here are some of the responses I got back…

In hindsight I should have used an appropriate emoji at the end of my comment like one of the laughing or winking ones 😂🤣😉.

So if Jesus was running for president, what living person would He choose as His VP?

I admit that I was really tempted to provide a list of 10 prominent preachers / pastors for our readers to haggle over their theological beliefs with Pastor Matt Chandler of The Village Church being the obvious #1 choice, but instead here’s a list of people you probably didn’t expect instead (in no particular order).

Jon Foreman, frontman for Switchfoot, who I happen to be listening to while writing this blog post. Switchfoot is one of my favorite bands and Jon honestly seems one of the most down-to-earth guys ever. Plus the band has raised more than $1 million to help at-risk youth and the homeless in Southern California via the Bro-Am, a music and surf festival in their home state.

Chip Gaines, star of HGTV’s Fixer Upper, has a rock solid faith despite being a Baylor University graduate (I’m a graduate from Iowa State University so that’s a little Big 12 joke there folks). In a BillyGraham.org story about Chip and Joanna Gaines, Chip said, “Our family has made a commitment to put Christ first, a lifestyle our parents modeled for us very well. They showed us how to keep our marriage and family centered around God.” But the obvious reason is Jesus was a carpenter and Jesus, Chip and Joanna could really fix up some unfathomable homes.

Joel Houston, Aussie singer/songwriter and leader of Hillsong United, would be an obvious choice because he most closely resembles America’s rendition of Jesus…um, even though he’s from Australia. As a worship leader, I simply love Hillsong United and had the pleasure of meeting the band when they make a tour stop through Des Moines. As a t-shirt designer, I always thought it would be funny to make “Hillsong United Cover Band” t-shirts and have my worship team wear them some Sunday morning.

It’s been fun to watch Chance the Rapper’s spiritual journey over the years. More recently he’s been collaborating with Justin Bieber, who he calls his brother-in-Christ, to write and record overtly Christian music. Chance understands what it means to love his neighbor as he’s used his influence to give back in his community raising over $8 million dollars and donating more than $2 million of his own money. I nod in agreement with what Carlos A. Rodriguez wrote about Chance back in 2017.

Last but not least, I’d recommend LeBron James. Besides winning 3 NBA championships, 4 NBA Most Valuable Player (MVP) Awards, 3 Finals MVP Awards, and 2 Olympic gold medals…James has given a ton of money to charities like The Children’s Defense Fund, Boys and Girls Club of America, ONEXONE and many others. In addition, James opened a school back in 2018 and the LeBron James Family Foundation has pledged over $40 million in scholarships. Most importantly, it’s because he owns @KingJames for both Twitter and Instagram, which as we all know is Jesus’ favorite version of the Bible.

If you want to snag one of those Jesus for President yard signs, there are plenty of options.

PS: This is just a friendly reminder to not look for a political answer to a spiritual problem. 😉 And if you’re looking for a thought-provoking read, consider Shane Claiborne’s “Jesus for President: Politics for Ordinary Radicals“.